PEŁEN OPIS
The Yes 420 Powderhull Snowboard roots stem from the original 420, that set the bar for high volume surf style boards. From that, Yes took a new approach with a 3D concave design on the nose and tail for maximum flotation and deep snow maneuverability. Effectively using methods of boats and surfboards to point that nose up and get pitted in the white waves. Thanks to this genius design, you will still have high-end performance on the groomers on the way home. Sail into the sunset and enjoy a ride you will never forget with the Yes 420 PH Snowboard.

PowderHull – The 3D PowderHull starts with a base profile combining two distinct rocker lines that when blended together create a pronounced base concave in the nose and tail. The centerline is fully rockered starting from the insert packs, all the way to the tips of the bluntly shaped nose and tail. Out at the contact edges is a more conventional base profile that is used on many other Yes. boards. The resulting concave across the nose and tail acts differently at the leading end of the board than it does at the trailing end when riding in deep snow. At the leading end (nose), the concave draws air under the board - just as a concave spoon-nose does on long boards in the surf - causing list and flotation. As the snow moves across the base, it releases off the tail and the exaggerated rocker line along the center, causing the tail to drop downward.

Radial – Back in the day, asymmetrical boards meant you had to choose between a regular or goofy-stance board. Not only was that a nightmare for retailers, it didn't suit anyone with a duck stance - which is everyone now. The Asym Twin applies a tighter, deeper heelside radial sidecut compared to the toe. In effect balancing out the difference in a body's natural tendency to over-turn the toe edge and allowing you to ride switch better than ever.

Weightless Core – The Weightless Core strikes a critical balance between light weight and strength. Using a lower density species of Poplar in areas that are not as structured and Paulownia in the areas that are, Yes. was able to shave precious weight. This helps the board not only float, but "feel" floaty.

PH Sintered True – Pellets or course powder is pressed until it forms a solid. There are several suppliers for our entire industry and they each have different codes for them, depending on the color and transparency. These codes can make it seem like you’re getting many different kinds and grades of sintered but they’re all pretty much the same as far as you and I will ever tell. True Sintered is harder and more expensive than extruded and it can be faster for those that ride aggressively fast. But to do that, it needs to be waxed and prepared for local conditions. 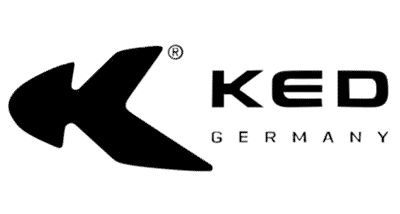